The A-Z of IRONMAN 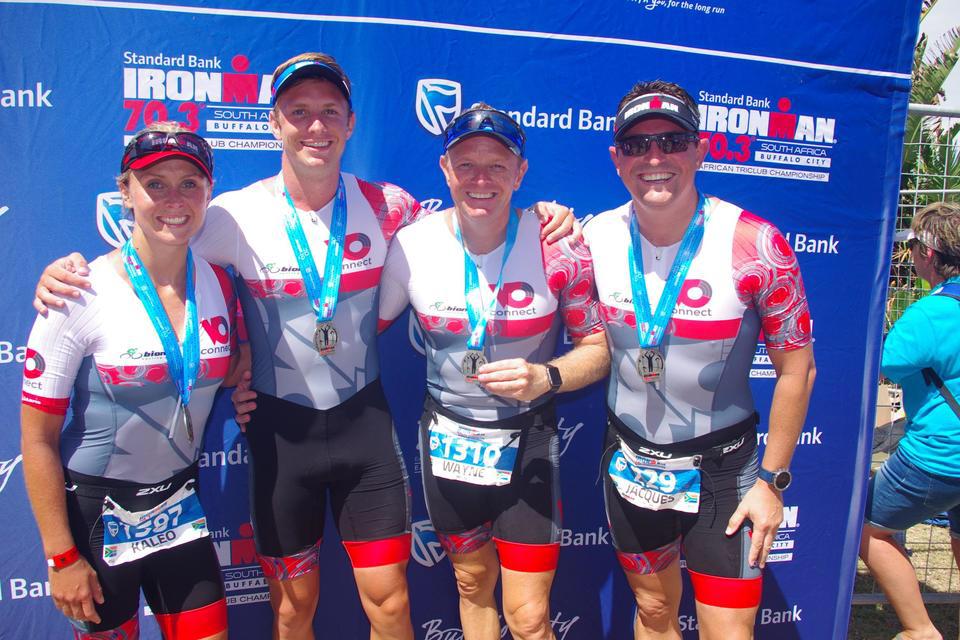 Let’s dive into Wayne Mackenzie and his team’s Triathlon ride down the alphabet list! Read to know more about them and their journey.

The Team Less is More journey began in September 2018. A group of us had travelled from Cape Town to Cascais in Portugal to compete in the Ironman 70.3 hosted in that town. Collectively, we had 20 races under our belt, including 12 full Ironmans, all races in our homeland – South Africa. The race in Cascais was our first international venture.

If I think back, it’s possible we had consumed way too much wine but decided that it was time to write a book entitled something like The A-Z of Ironman. We would do races in cities and work through the alphabet until we had done a race for each letter. A – Austria, B- BINTAN, C – Cascais etc. Many laughs later, the team was christened Team Less is More because both male members have high-pressure jobs and not a lot of time to train. Hence Less training,  more fun. Also Less work, more Races. Or something along those lines.

The original Team Less is More was an all Mackenzie and Fourie outfit with husband and wife teams.  Since the race in Portugal, we have added 3 guest members, a Mackenzie son, a Fourie brother and a Mackenzie friend. Ironman Bintan will feature the Mackenzie couple, with Wayne racing and Cindy supporting, son Bradley Mackenzie and the friend, Mitchell Slabbert. This year the original members and additional “guest” members have completed 70.3: East London South Africa, Mallorca and Barcelona in Spain and Durban South Africa, as well as a full ironman in Port Elizabeth RSA.   Later in the year Mackenzie junior plans to do Shanghai and Xiamen both in China as he is currently working there.  I hope to join for Xiamen.  The Fourie and Mackenzie men are also currently considering completing Bahrain in December

The rest of the team will be doing the Amsterdam marathon in October and 70. 3 Dubai in February 2020 with the London Marathon in April 2020.

We are slowly ticking off that alphabet – one letter at a time.