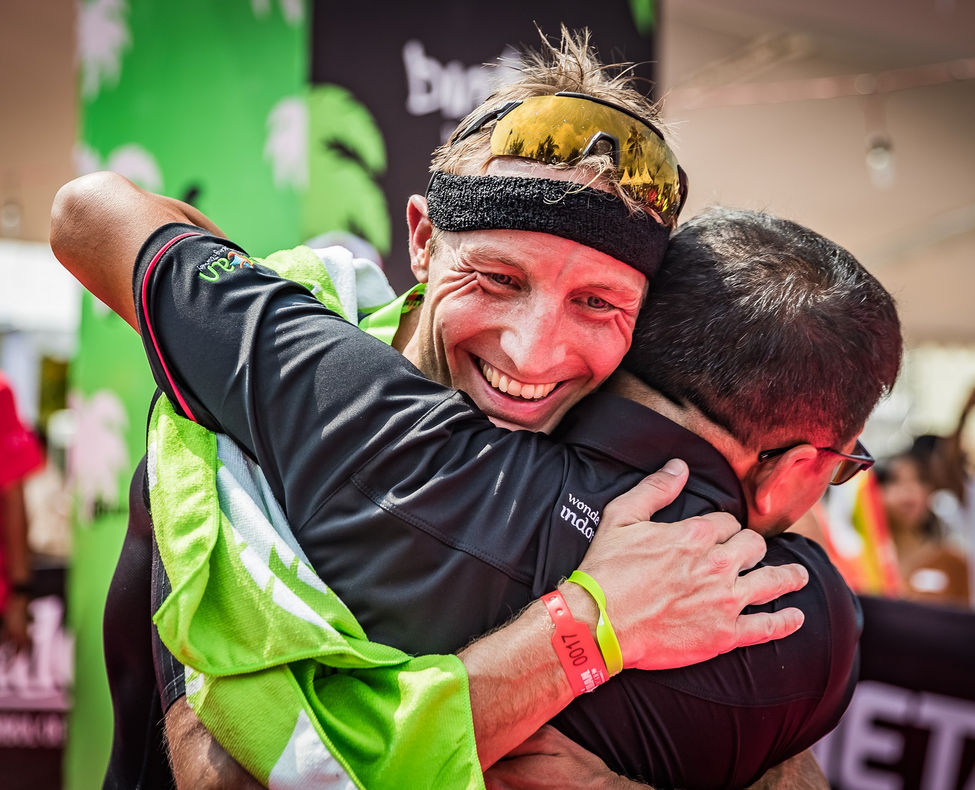 Denmark’s Jacob Wissum, took a hard-fought victory in 4 hours 18 minutes in the men’s field. Tamas Gabe from Hungary was the first leader of the day with the fastest swim split of 27 minutes 16 seconds and a 2-minute advantage over Biten Singh Laikhuram from India. Gabe and Laikhuram were caught early on the bike by a trio of strong cyclists, consisting of Wissum, USA’s Nikolaj Jenkins and ex-professional cyclist Brandon Vesty from New Zealand. At the end of the bike phase Wissum had a 3-minute lead over Vesty and Jenkins, who was a further minute down. Wissum then secured his win with a 7-minute margin over Australia’s Mark Oakshott, who ran himself to second place with the fastest run split of the day.

Singapore’s Choo Ling Er, Asia’s leading lady, claimed the women’s title in 4 hours 45 minutes. The women’s race started off with a bang, as three women beat all men out of the water except for one. Australians Steph Barrett, Rosie McGeoch and Estonia’s Merle Talviste started the bike with a two-minutes 50 seconds lead on Singapore’s favourite, Choo Ling Er. During the bike Choo replaced Barrett in the lead trio that built a big lead on the rest of the field. McGeoch led out on the run, but was soon caught by Choo and eventually also by Talviste three kilometers before the finish. 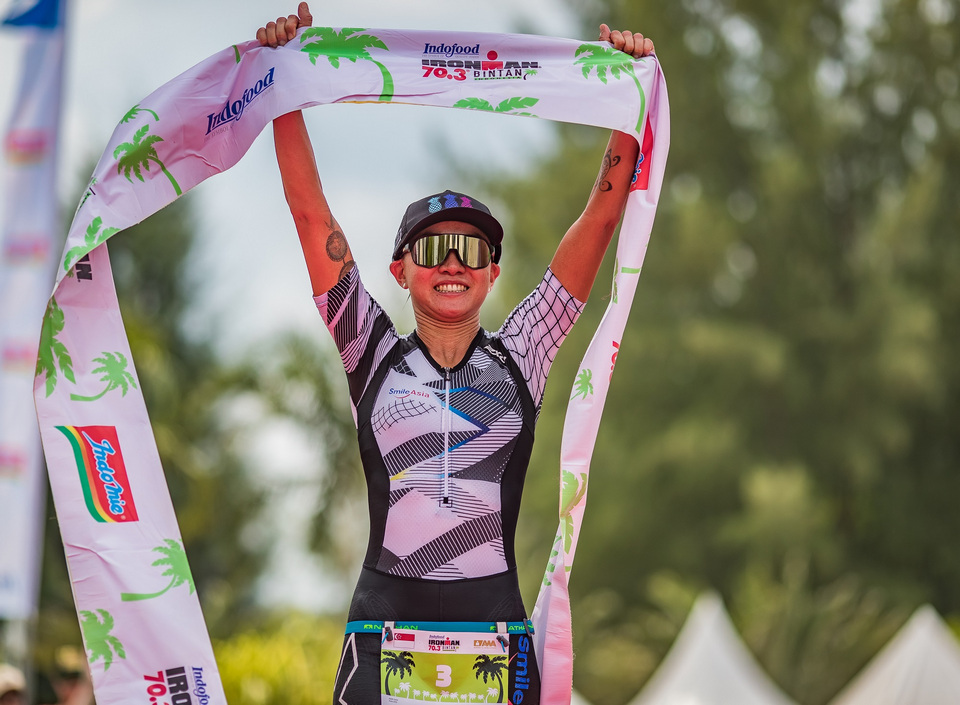 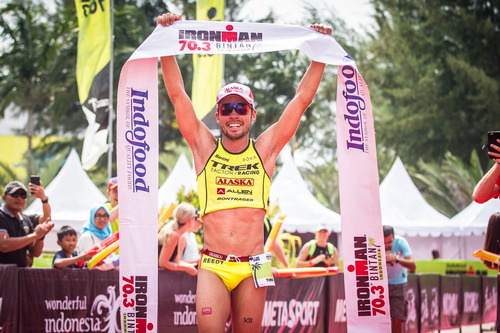 Tim Reed went head to head with 2017 Champion Mike Phillips. Although Phillips pushed for the early advantage, exiting the swim and finishing the bike with a small advantage, it was the 2016 IRONMAN 70.3 World Champion, Tim Reed, who found a decisive gap around the 4km mark of the run. He held this through to the finish line, celebrating with a 2-minute margin over Phillips. Reed held onto his fine form winning IRONMAN 70.3 Sunshine Coast a week later as well.

It was Beth McKenzie’s first win since a break from the sport and giving birth to her second child. Starting the day on the back foot with a 3-minute deficit on early leader Kirralee Seidel and 2016 Champion Kate Bevilaqua after the swim, McKenzie (nee Gerdes) rode herself back in contention and sealed it off with the day’s fastest run. There was double joy as the points from her Bintan victory secured her a slot for the IRONMAN World Championships in Hawaii. 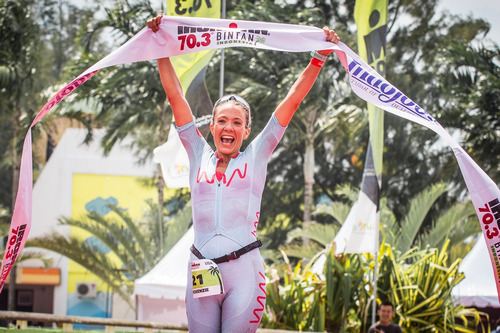 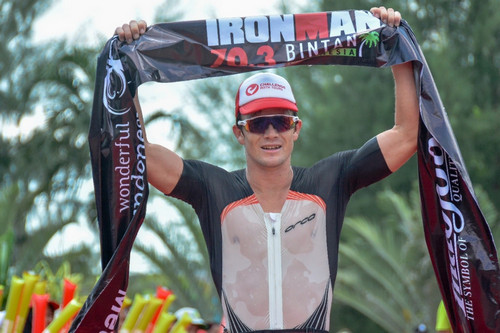 After an impressive swim, Mike led from start to finish holding off a fast charging Domenico Passuello on the run to claim victory and claim a new course record.

Amelia’s first time on the island was a successful one. She exited 2nd from the water and quickly took the lead on the bike, one that she would never relinquish storming home to a resounding victory and setting a new course record along the way. 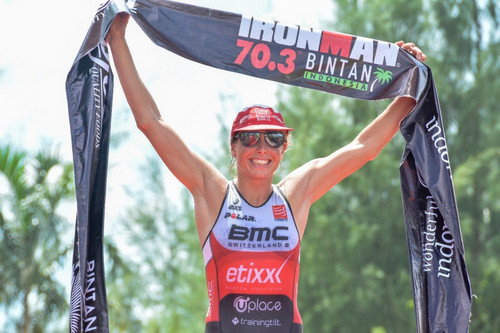 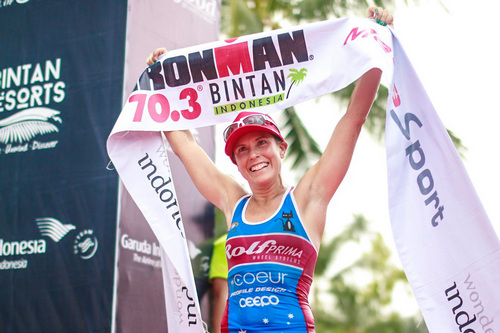 Bevilaqua led from start to finish, scoring her first win of the season. A few months later she would top the year off by becoming Ultraman World Champion.

It was an emphatic win for Croneborg, who finally made it to the top step after 4 podium places in the previous editions of Ironman 70.3 Bintan and MetaMan Bintan. Croneborg kept himself close to the pointy end of the race and passed race leader Matt Burton with 6km to go. 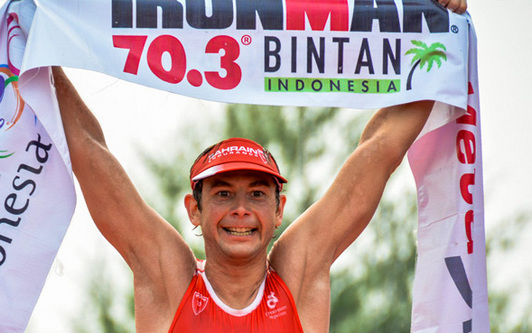 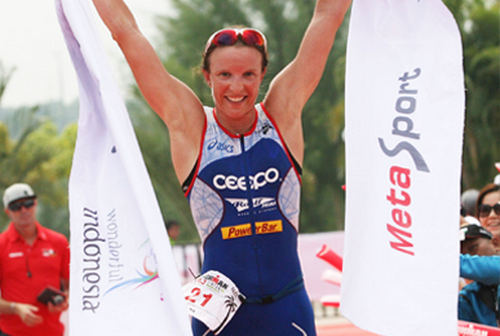 Crawford was twice victorious on beautiful Bintan island. In 2014 she won MetaMan Bintan, the iron distance race that preceded Ironman 70.3 Bintan, in a close battle with Diana Riesler. In 2015 she showed that half the distance suits her just as much by keeping a hard charging Caitlin Snow at bay.

Kahlefeldt sealed his 2015 Ironman 70.3 Bintan victory with a dominating run. His split was 5 minutes faster than runner-up Mike Phillips, showing that he still had plenty of running speed from his successful ITU career. 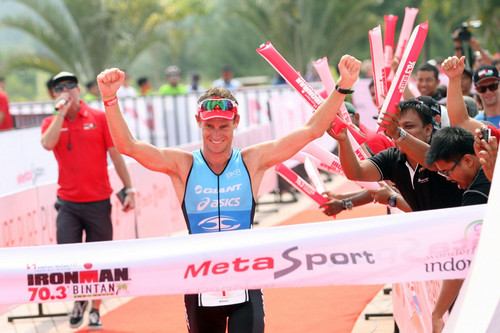 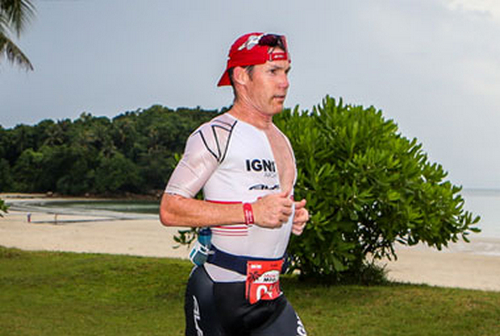 Ironman Legend and multiple Ironman Champion Cameron Brown is also the last MetaMan Bintan Champion before it turned into an IRONMAN 70.3. It was an epic battle between Brown and 2013 Champion Courtney Ogden. They kept pace with each other far into the run before Brown eventually pulled away for another legendary victory.

Xena the warrior added another notch on her belt by winning MetaMan Bintan 2013 in dominating fashion. Leading from start to finish she left no doubt about who the champion of 2013 was going to be. 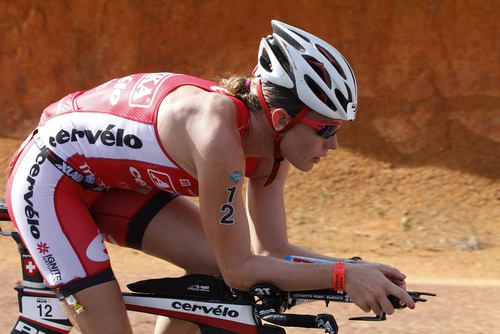 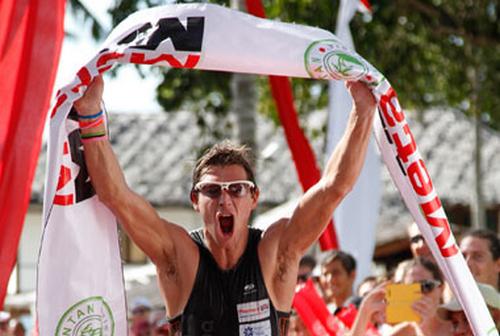 Ogden showed that his Ironman Busselton win in 2010 was no fluke. Starting the run together with Tim van Berkel and David Dellow and 3 minutes behind then race leader Courtney Atkinson it was clear pretty quickly that Ogden had the best legs that day. An ecstatic finish line celebration ensued.

It was a breakthrough win for Hammond. Hammond was at the backfoot for most of the race, but managed to overcome a 13-minute deficit to claim victory. She looked slightly intimidated being flanked on the top step of the podium by Ironman legends Belinda Granger and Erika Csomor. 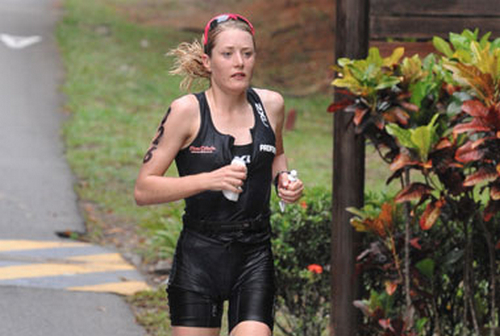 Carter’s win came as a complete surprise, even to himself. Team mate Aaron Farlow lead out on the run, but from that point onwards it was Carter who reigned supreme in Kona-esque race conditions.